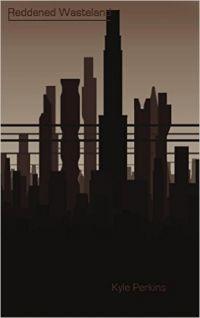 The latest free book promotion by Fantasyworldwriter.com and author Kyle Perkins is for his dystopian book Reddened Wasteland which has a 4.8 out of 5.0 rating on Amazon.

I think the concept of tough living on Mars and a pending revolution with a mystery and some romance all sounds very interesting to me.


If you missed this free book promotion make sure you signup for my newsletter as I plan to offer future free books only to existing newsletter subscribers.

For over two hundred years, the last of humanity has lived on Mars under

the all-seeing eye of The Union. Life on Mars is bleak, nothing like

from Earth. Generations have been forced into backbreaking labor with

little reward, and the masses live in constant fear of those in power.

Unrest is rising. Change is inevitable.

A revolution is on the horizon. Alerik and his team find themselves

in the eye of the storm, pulled between opposing factions as they search

for the truths that have been buried deep beneath the Martian soil.

Time is running out and they will all have to pick a side. As they

uncover the mysteries surrounding the settlement, they begin to realize

that nothing is what it seems, and sometimes working with the enemy is

the only way to save what matters most.
Tweet